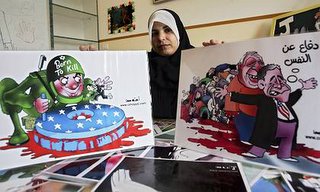 Ya think she's got anything 'gainst Israel that a li’l change of religion wouldn't alleviate?

[Link] A quick glance at the Anti-Defamation League's Arab Media Review from July to December 2005 illustrates the point. A cartoon depicting the Jewish Star of David superimposed onto a swastika appeared in the Saudi Arabian paper Al-Yawm in late November. A December cartoon in Al-Bayan, a paper from United Arab Emirates, shows a grinning Jew playing with a globe-shaped yo-yo. The popular anti-Semitic stereotype that Jews control the United States, the United Nations, Denmark, Europe and the world are also favorite themes.

So it seems our indignant friends do know what Freedom of speech actually is. A sizable minority just doesn’t seem to realize that it never includes violent acts. 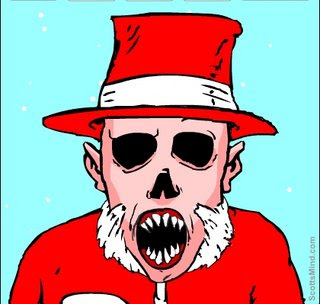